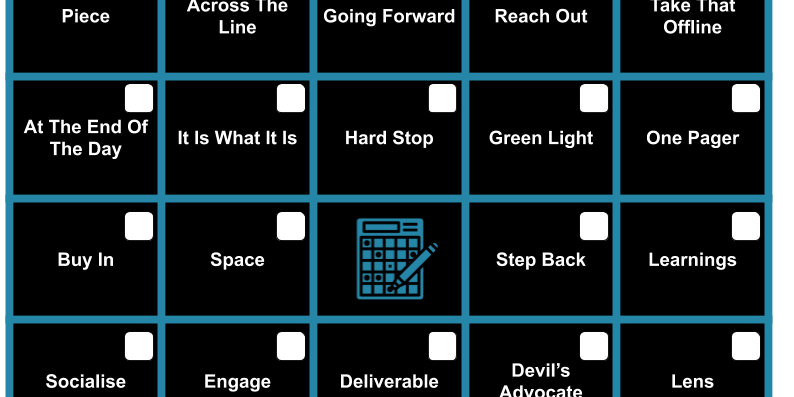 As we approach the end of 2019, it’s time to reflect on the what we’ve achieved over the year and set our goals for the next one. One of the things that we, as a society achieved, was the introduction and use of a load of phrases that permeate meetings and conversations in offices across the country. I’ve been compiling my favourites and added them to the popular “Lingo Bingo” format for you to tick off as you spot them being used “in the wild”.

I trialled it last week and managed to get all of them ticked off in 3 days…except for “dot the I’s and cross the T’s”, which anecdotally seems to have dropped off over the course of the year.

Let me know how you get on! Please also suggest any additions you think should be made.

And a light version (to save on printing):

In case you were wondering what any of them are, here’s some handy explanations…

The Plan To Capture An Asteroid And Bring It Back To Earth For Study
April 11, 2013
Recent posts
Recent comments
Go to Top

I'm honoured to have been asked to deliver the keynote on day 2 of the Enterprise IT Strategy Forum on...