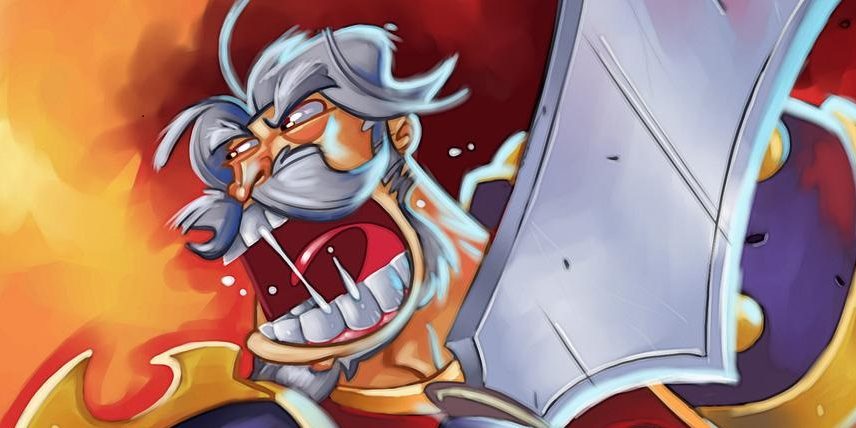 At a recent team away day, I went a little tangential and decided to do a short segment on teamwork. While I was putting the slides together I was reminded of a classic Internet video from 2005 in which a World of Warcarft guild are planning an attack which goes disastrously….so I used it.

The video itself has since been revealed as staged, but that doesn’t take anything away from its brilliance as I’m sure you’ll agree (as well as the other 3,285,748 viewers it’s had).

In it, the team meticulously plan the daring raid, but then one of them (Leeroy Jenkins) charges in shouting the immortal line:

The plan immediately fails, they rush to save him but all die amongst a swarm of baby dragons. If you haven’t seen it before (and even if you have), it’s well worth a(nother) watch…There’s a bit of bad language, but you definitely need the audio on.

So, what lessons can we take away from this?

At the start of the video, the team are strategising – coming up with the plan of action that will enable them to succeed. Leeroy at this point is “AFK”, Away From keyboard – he isn’t part of the planning process, has no understanding of what the team plan to do and has not bought into it. Design time is one of the most critical parts of any project, whether it’s an Agile planning day or a more waterfall approach. It’s helps set the direction and helps to ensure a common understanding of the problem being solved.

2. Plan…but not too much

As the planning comes to a conclusion, two of the teammates say:

“Can you give me a number crunch real quick?”

Whilst it’s good to have a strategy and common understanding, it’s important to realise that the plan is an estimate, an approximation of unknown future events. It’s not a science and shouldn’t be treated as such – if you’re deriving too much detail, then you’re setting yourself up to fail.

3. Be Enthusiastic…but don’t get carried away

As Leeroy charges in, he can be heard to scream:

He’s keen to get going, but hasn’t checked everyone else is in the same place. With no understanding of the strategy, he wants everyone to follow his lead into the project. It’s great to be enthusiastic, and effective teams require lots of enthusiasm, but it needs to be channelled in a constructive way.

During the ill-fated charge, Leeroy cries out his name:

We’ve all done it, gone shooting off on our own without buy in or support from the wider team, but the truth is, the team will be more successful working together. Individual rockstars are fantastic to have, but a team acting as one will achieve more than the sum of its parts.

As the team realise that Leeroy has ignored their comprehensive planning and gone off on his own, their first reaction is:

Whilst this is a noble sentiment, it’s a knee jerk reaction to an unexpected problem. They forget their design, cut corners and ultimately…. die. Whilst an untimely death is seldom an outcome in an everyday project, the lesson still applies; Issues will arise and when they do, it’s important not to panic. Revisit the plan, weigh up the options and set off on a mitigating path.

As everything starts to go wrong, the team’s reaction is:

Sticking to the plan when the circumstances have changed significantly since the plan was made is a recipe for disaster – it’s no longer relevant. Instead, approach the change in an agile manner, re-plan with the new environment in mind and execute that.

After the carnage, various insults are thrown Leeroy’s way:

“Leeroy, you are just stupid as hell.”

In this particular case, they’re probably justified, but in general, playing the blame game benefits no one. Instead, retrospect as a group on past successes and failures and then make sure you learn from them. Creating specific actions or ways of working can help ensure that the learnings don’t get forgotten in future.

The final line in encounter, is contested as to its actual wording but is commonly understood as Leeroy saying:

“At least I have chicken.”

His entire team have failed (well, died) and he’s taking solstice in the fact that he has some fried poultry. In the real World, this manifests as statements such as “well we didn’t deliver, but at least I…”. It’s important that the team succeeds or fails together, if the team fails, then accept it as a team, try to ensure it happens as fast as possible and that you learn from it.

I’m not sure if this is useful or just a whimsical frolic into madness, but it gave me a chance to rewatch one of my favourite old clips and therefore was a justified use of a rare few minutes…in a way

Join the conversation about this on LinkedIn