You are here:
Good StuffReviews 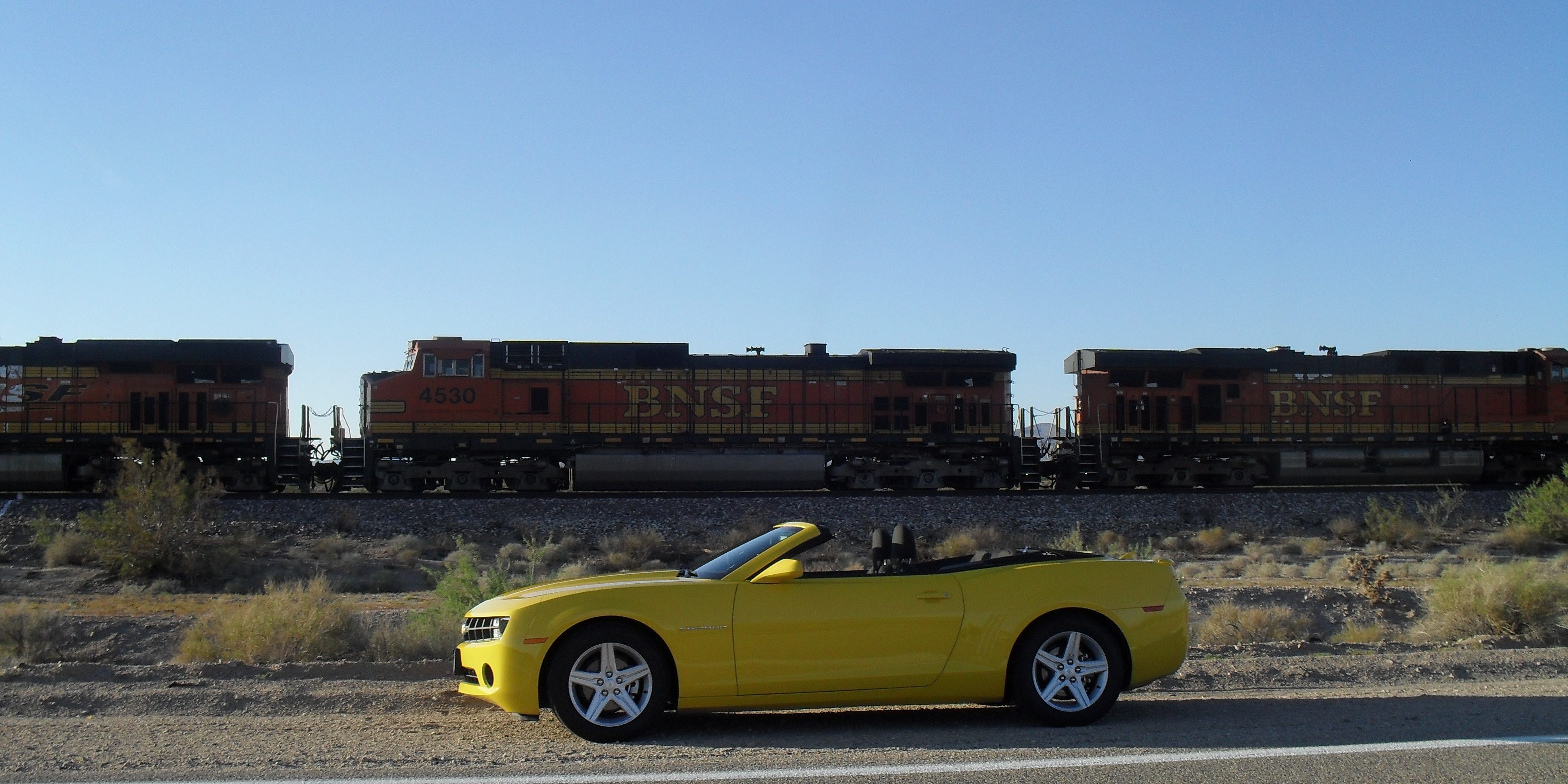 Having never visited the states before, I thought it was about time to save some dollars and jet off to California for the all American roadtrip…complete with pancakes and machine guns…

Where better to start than Vegas?  I’m not a particularly keen gambler but you can’t help but be drawn into the madness of the place – it truly is America’s party capital with plenty to do at any time of day or night.  Here’s my list of recommended activities.

The next destination was Palm Springs, but rather than use the freeway, we picked up the bright yellow convertible Camaro (which didn’t make us stand out at all…) and headed into the desert.  Stopping off at the Hoover Dam on the way was well worth while as you need to stand on it to truly appreciate the scale.  The Mojave National Preserve was excellent – completely isolated and great scenery.  That said, I’m not sure what we’d have done if we broke down – it was 109F and no civilisation for miles…There’s also a bit of the original route 66 you can drive along through Goff which is nicely American albeit a bit pot-holed.

Palm Springs itself is a super-chilled place and well suited to relaxing after the madness of Vegas.  So much so that we didn’t really do much there except lounge about, eat at some of the fantastic restaurants and drink cocktails.  It all winds up quite early there though which is a bit of a shock after the "get-anything-anytime" of Sin City…

Cameron and Perry Hatch a Crackpot Scheme to Censor The Web with Internet Filters by 2014
July 25, 2013